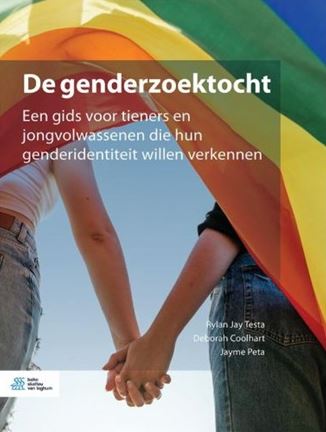 What made you decide to write this book?

We decided to write this book because we wanted to find a way to help young people who were questioning their gender identity to feel stronger, healthier, and more informed.

So many young people feel alone, frigthened and confused and we wanted to offer something that would help these youth feel more confident. We realized that so many books and guides out there for young people assumed that the reader had already discovered that they might be transgender or gender nonbinary. But, how does one figure that out? And, we realized that for many people a gender exploration can be so important — not everyone who explores gender is transgender or gender non-binary.

There are many people of all ages who wish they could experiment with different expressions of gender or even getting to know their own gender more. I (Dr Peta) was inspired by a young client for whom I realized that the exploration was not about her gender identity. She realized she was a girl at a young age. But, just as many young people experiment, she needed to figure out how she wanted to express being a girl. Did she want to be sporty? Goth? Ripped jeans and t-shirts? Really feminine? She decided on a funky, playful look that really reflected her personality, but really enjoyed exploring lots of ways to be the girl she was. Gender really is limitless and the exploration of it can be fun and liberating.

The hardest part was thinking of how to describe and recommend a gender exploration process that would really work for people of many identities who use many different words and ideas to express themselves.

Words and identities change quickly and we wanted to make the book intersectional — so that people of all genders, ethnicities, and backgrounds could see themselves in the book. And, even people who use the same words for their identity can have very different needs and experiences.

It was important for us to hear what was true and meaningful to those in a variety of other communities. We are certain that we didn’t get it perfect! We still look back and see where we could have been more inclusive in some places, or where language changed so quickly! Maybe we will get to make an update at some point.

The easiest part was writing about the possibility for joy, liberation, and freedom in these explorations. Exploring gender is not easy and can be downright frightening or unsafe for many young people. But, thinking of ways that youth could do writing or gender experiments in private right up through more open expression of different genders was both fun and liberating for us.

It was a pleasure to think that a young person somewhere, regardless of their identity, might learn something about themselves that offered a little more freedom, because they tried something from our book.

What is one important lesson or message you hope readers take away form the book?

That gender exploration is for everyone. We all have a gender identity and we each have a unique way of expressing it. Finding out what fits you and what feels right, is a choice you get to make. You can do as much or as little exploration as you wish. It’s perfectly natural — very young children play freely and joyfully with gender.

Many of us –regardless of our current identity — were told to stop doing certain things because it “wasn’t manly” or “little girls don’t do that”. If you want, you can explore in ways that you wish you could have, or in ways that you just figured out you want to try!

How do you feel about the release of the Dutch translation of your book?

We are thrilled that our book will be translated into Dutch! We think that everyone deserves a chance to explore gender and that young people everywhere should have support for their identities. We hope that your exploration will be uniquely Dutch in ways that we didn’t even think of!

Do you have a message for Dutch teens who are exploring their gender identity?

Absolutely: There is no “right” way to be a trans, non-binary person, man, woman, cisgender person, agender person, gender fluid person and so on. Your experiences may be the same as, or different from your American counterparts. But in the end, we just want you to know that you deserve love, support, and acceptance just the way you are! Adventures can be exciting and scary but we hope, in the end, you truly enjoy your genderquest. 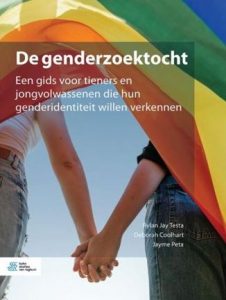